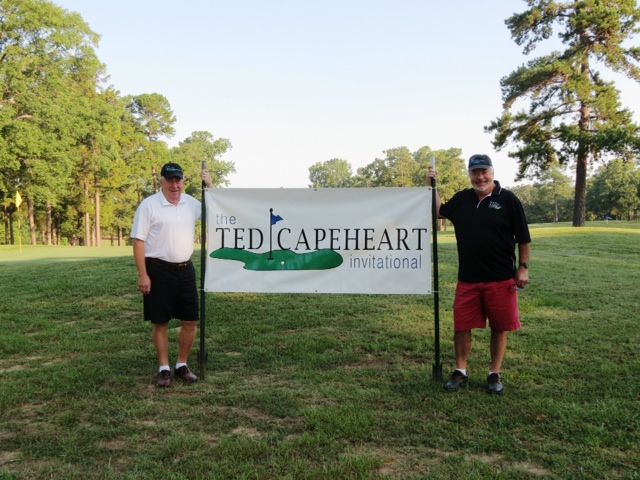 We here at Millwood have had some exciting things going on in the past year! This September, we hosted to 4th Annual Ted Capeheart Invitational tournament for CASA of Northeast Texas, non-profit organization dedicated to providing services to abused and neglected children. The event is a major fundraiser for CASA  of Northeast Texas, and we were so thrilled to be able to partake in it this fall!

CASA of Northeast Texas was founded in Bowie, Texas in 1990 under the direction of Judge Jack Carter and has since expanded to twelve counties in Northeast Texas and Southwest Arkansas. CASA services abused and neglected children through three local programs, CASA for Children, The Texarkana Children’s Advocacy Center, and Family Matters. CASA of Northeast Texas’s mission is to minimize the fear, disruption, and trauma in each child’s life, and help them thrive in a safe and permanent home. Research has shown that children with a CASA volunteer are significantly less likely to spend time in long-term foster care.

Fourteen teams in total competed in the tournament. The first place team in the Championship Flight was Danny Young and Ben Davis. Second place in that flight went to Brandon and Spencer Jones. The first place team in the 1st Flight was Paul Britt and Ricky Goodson, with second place going to Eddie and Viola Parker. Closest to the pin were Ben Davis and Ricky Goodson. Finally, the longest drive was awarded to Brandon Jones.

The grand prize this year was for a 2012 Chevorlet Silverado truck. Unfortunately, no one won the prize this year. However, we will continue to host this event annually, so keep a lookout for the tournament sign-up next year!

Ocean Canyon Properties and CASA of Northeast Texas’ Board and Staff would like to thank all participants for coming out to Millwood Landing and supporting CASA for children.